Falling off the wagon, and back on with a vengeance 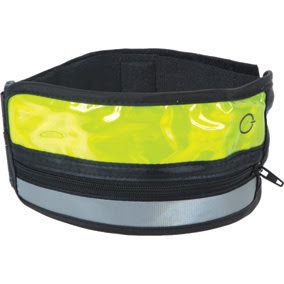 Last week was awful. Since my last post, we did not run until two nights ago. We ate out at least once on Friday, Saturday, and Sunday. Friday was not too awful bad, we shared two rolls at sushi. On Saturday we went out to California Pizza Kitchen with some of our best friends (hi guys, we LOVE hanging out with you and I have to admit that this was the most fun eating excessive calories!!). On Sunday somehow we wound up at McDonalds for lunch and then at pizza for dinner for our family August birthday celebration. Yikes, no wonder we felt like crap!!

On Monday we were bound and determined to get out there and run. So run we did. We decided on the same route to complete the 5 mile loop. I went out and bought a snazzy Nathan LED light a few days ago and it made it's debut. As we are scooting along Jacob puffs behind me, 'hey you, you think just because you have a fancy armband that you're fast or something?' He also had a new watch which does splits and stuff which we have never had on a run before so he was prepared to holler at me our time along the way. We finished our first two miles feeling great and averaging 12:15 miles. Quick enough for us. Sometime around the midway mark I started having some discomfort in my knees. Not unexpected, but then something new popped up- a pain in my inner left leg, just above my ankle. We slowed it down drastically for miles three and four but picked up as best we could for the last mile. It took us one hour and four minutes. (Did I tell you that the last run we did my map was wrong? It was only 4.8 and not 5.) So it only took us two more minutes to cover almost a quarter mile longer. I was very happy with our time. A little sad that it felt so rough, but happy that we were able to maintain a little quicker pace even with a short stretch of walking in the middle. One of the coolest things about the run was that we saw another solo runner heading toward us as we were coming into our four mile marker. At that time of night and in that part of town I was pleasantly surprised and he seemed happy to see us too. =o)
Unfortunately the pain in my leg seems to have translated to a bigger issue. The outer edge of my left foot has sharp pain off and on throughout the day even though we took yesterday off. Jacob wants to go out for another five miler tonight but I just don't think I can do it....I hate to let him down but I'd also hate to really hurt myself and put me out of comission to a point where I can't train at all. =/ I will keep you posted!
Posted by DaphneB at 2:01 PM