I have been a total blog slacker. Truth be told, I get busy. And when I log on to blogspot, I find myself having so much fun catching up on everyone else's blogs that I run out of time to put a few of my own thoughts up. Eh, what are you gonna do? So here's a quick recap of what's been going on with me these past 19 days.

Drove an hour and a half to do some of this: 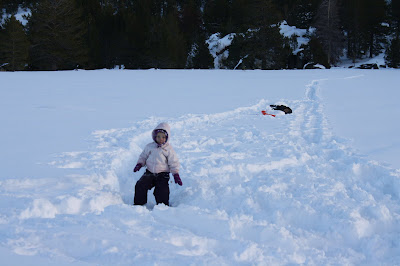 The kids had an absolute blast, and so did we. It was only a day trip, but it was well worth the relatively short car ride and the packing/preparing for the day.


We ate some of this: 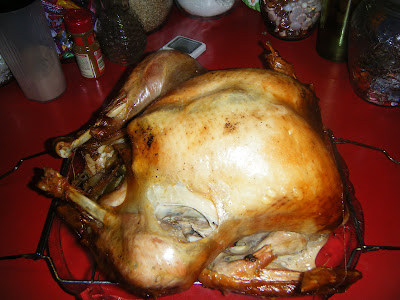 Every year Jacob's company gives us a turkey. We were supposed to be out of town for the holiday, and he assumed that we would give the turkey to my mom or something so he picked the biggest one left. It was 20 lbs of turkey. Luckily we still had the turkey when we discovered that we couldn't go through with our plans due to extreme weather conditions (we were supposed to travel about 6 hours north, almost to Oregon). Twenty pounds of turkey can feed four people, make turkey enchiladas, turkey spinach pie, numerous turkey sandwiches and still not all get used. We had the quietest Thanksgiving ever, with just the four of us. It was really a nice change, even though it was really strange for both my husband and I.
Indulged in some of this: 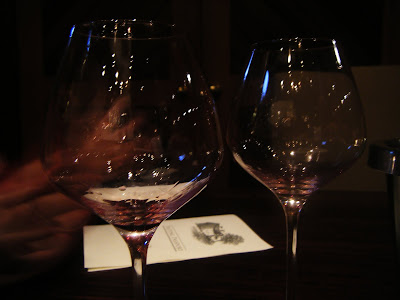 Some friends of ours took us wine tasting for my birthday, and we visited four Napa wineries. It was a lot of fun. We had never been wine tasting before, and it was definitely an experience to remember. It was pouring on us all the way home, but we wound up driving to our friends' house in Auburn and hanging out in front of the fire winding down before we called it a night and grabbed the kids from my mom's.

Celebrated a little bit of this: 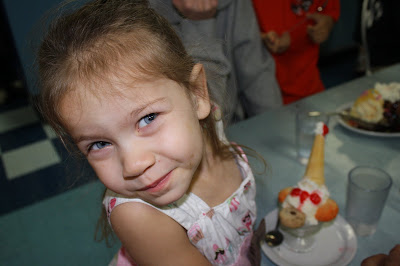 My lil princess turned three years old on the 27th. We celebrated her birthday by heading to Leatherby's and treating our family to dessert. It was crowded in there but we all had a good time.


Notice something missing from my recap??? My running shoes? Yeah, I didn't spend nearly as much time with them as I wanted to. I did venture out once for a short run, but that was really about it. I am running our local Shamrock'n half marathon in March and the kickoff of my twelve week training program is this coming Sunday. I'm really looking forward to having a reason to train again....I wish I could motivate myself without having a specific reason to get out there, but it is what it is. I'll just have to find another half marathon about four months after this next one so I don't lapse into such a long down time. =o)
Have an awesome day!!!!
Posted by DaphneB at 1:57 PM